There was a time when nobody thought about fuel-efficiency and saving resources while choosing a car. In the past vehicles had a small engine and acceleration that didn’t need much energy, but nowadays upon the development of automobiles with increased speed capacity more energy is needed. In the temporary world, we all try to take care of the environment and save depletable energy. One of the ways to save our money and also take care of the environment is to use electric cars.

If you have not yet automobile and are searching for an electric car, you would wonder many details about it. Since it’s still news in the modern world you might wonder what batteries are used in electric cars? How long will those batteries last? How much does it cost to replace it? There can be dozens of questions related to the battery, as it is the most important thing in an electric automobile. Below you will find answers to those questions and even more. After reading the reading you will have all the needed information for making a decision whether it is worth buying or not. So, let’s start exploring.

What batteries are used in electric cars and what makes the lithium-ion outstanding?

First of all, let’s describe what is the main difference between electric and standard vehicles. In simple words, electric automobile uses a motor Instead of an engine. And instead of a fuel tank, it has a battery which powers the motor. While talking about electric vehicles, many associate them with a brand new model, such as Tesla Model S, Nissan Leaf, etc. But actually, electric cars have a much longer history. Did you know that in 1832 Robert Anderson developed the first crude electric vehicle? And the first electric cars were debuted in the USA between 1889-1891 years. So, as it seems electric vehicles are not as the new feature as we thought before. Of course, the first models were far away from the current models and vehicles likewise to any other industry continued development.

You might wonder what kind of battery is used in electric cars and how it works nowadays. To answer the question, first of all, I’ll try to explain it in simple words. Electric vehicle batteries look like our cell phone batteries, but they are much bigger and of course, much more reliable. The battery is made from hundreds of cells. It is almost equal to the length of a vehicle and placed in the lower chassis. Here it is well-protected and conditioned for keeping the temperature for the best working condition no matter the weather and objective factors.

Likewise, to the auto industry batteries continued development as well. As a result of development, we’ve got four types of batteries. Here is the list of what kind of batteries are used in electric cars: Lithium Ion (Li-Ion), Molten Salt (Na-NiCl2), Nickel Metal Hydride (Ni-MH), and Lithium Sulphur (Li-S). Each of them has different specifications, storage efficiency, longevity, and safety. The most widely used battery for electric automobiles is the Lithium-ion battery. Let me share with you some details about it to understand why the Lithium-ion is outstanding out of the four types of batteries.

The Li-ion battery has a higher energy density than typical lead-acid or nickel-cadmium rechargeable batteries. To imagine how powerful can be those batteries, it can push a two-ton vehicle down the road for hundreds of miles at highway speeds. One interesting fact about the battery is that, nonetheless of its name “Lithium-ion”, it doesn’t contain lithium metal, but only ions. Ion is an atom or molecule with an electric charge caused by the loss or gain of one or more electrons. The battery type can be discharged and recharged hundreds of times without degrading, which determines its stability. So, now you know what batteries are used in electric cars, which one is outstanding and we can move on exploring further details about its longevity.

Electric cars are definitely comfortable and reasonable to purchase and I won’t specify all the advantages. The only question you might be afraid to know while thinking about purchasing an electric automobile is its longevity. The longevity of what kind of battery is used in electric cars determines any action of a vehicle. According to Forbes any battery is similar to a device keeping the energy. It doesn’t generate the energy, but storage for later use. Batteries used in an electric vehicle are made up of hundreds or thousands of smaller batteries. There is no one correct answer to the question since each electric model might have a different battery with a different capacity.

Any battery capacity is measured in kilowatt-hours (kWh) and is different for each model. For instance, Honda E 35kWh battery, and can drive 130 miles on a single charge; Tesla Model S has a 100kWh battery that can drive over 400 miles on a full charge. The higher the kWhs the longer distance can be covered with one charge. Generally, the lifespan of what kind of batteries are used in electric cars is connected with the number of charges. Hence, if you love spending vacations outside of the city, or daily have to cover a long distance it’s preferable to choose a car with higher kWhs. In that case, you will reduce the number of charges and enjoy rides without fewer interruptions.

As you see it’s hard to answer the question about longevity straightly, as it depends on many factors of the battery capacity itself. Nonetheless, each battery can last even after covering hundreds of thousands of miles. Most electric vehicle batteries last up to 20 years and even more. Some models have different warranties, for instance, Tesla models last up to 8 years or 100,000 miles, Nissan leaf battery works for about 10 years. But as a rule, they last much longer even after the warranty. Isn’t it amazing? Besides there are some tips that help you to prolong the lifespan of a buttery.

How to extend battery longevity?

After exploring the longevity of what batteries are used in electric cars, I guess you are more relaxed. Even though just for any cases, to be on the safe side, I’d suggest you review details about the battery reuse and replacement.

Likewise, to battery lifespan, the replacement cost differs for each manufacturer and model. For instance, Tesla Model 3 battery total replacement cost is around 16,000$, when the same service for Nissan Leaf is about 5,500$. But don’t worry, as I’ve mentioned they last even much longer than indicated at the warranty.

Nonetheless of its reliability and longevity, let’s imagine that the battery stopped working and isn’t useful for the vehicle anymore. So, what should we do besides its replacement? Throwing away the battery is the last thing you should think about. Have you ever heard about reusing what kind of battery is used in electric cars? You can use the battery to power a house or any building that uses renewable energy such as, wind or solar. For reusing the battery, you should store either day alongside the solar or wind energy, or throughout the night when wind and sunlight are reduced. With this action, you can save money on utility bills. Isn’t that amazing? You can use the battery even after it loses its capacity!

All in all, nonetheless all the above-mentioned information might seem too overwhelming, we’ve discussed many interesting details about electric vehicles and batteries. We’ve reviewed what kind of batteries are used in electric cars, how they work, what makes the Lithium-ion battery outstanding, how to extend the lifespan of the battery, and how to reuse it. Hopefully, you found all the information interesting and answered all questions you were interested in. Wish you good luck! 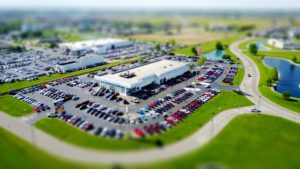